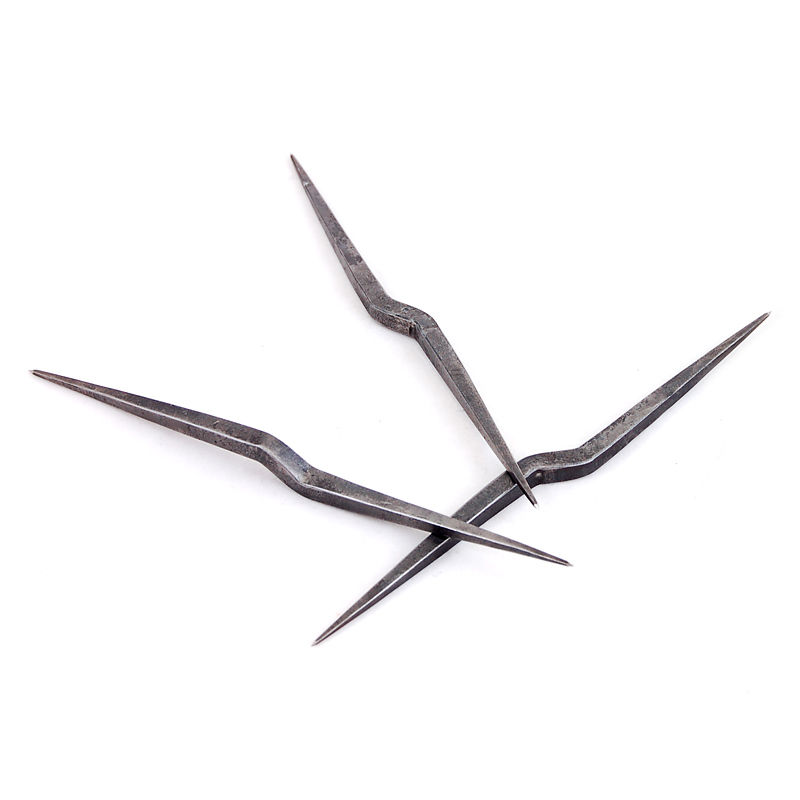 Offset Stitching Awl is rated 5/5 based on 7 customer reviews.

All of our product reviews are from customers with verified purchases.

I am from Maniwaki Canada, no problem with shipping. This awl it is not only a good tool, it's a piece of art. love it.

The service from Woodlore was brilliant. Thanks to Paul and his team. The offset awl is well made and cleanly finished. I use it in my woodworking shop. Without a handle it fits well in the hand, suitable for light tasks. For heavier work I put a temporary handle on. The offset prevents the handle from splitting. All in all a great tool for bushcrafting and the workshop at home.

Very impressed by this cranked awl. Will be great for stiching jobs in heavy leather and wood. Quite expensive but superbly made.

This is an excellent product; I use it to stitch leather for all sorts of uses. It has an extremely sharp point.

These are brilliant - I have seen one being wiggled through a 2x4! Mine mostly gets used for leather work and making bark baskets at which it excels. These awls are incredibly sharp, and stay that way - this one was bought for a friend but my own one is several years old and has not yet needed re-sharpening. I would recommend making a sheath for it - it's not nice to plunge your hand into a box of tools and find your awl lurking in a corner!

Brilliantly forged and super sharp; in the middle of making a handle and I know this will work wonders and has made all my other awls obsolete, will buy another couple soon. Brilliant. Thanks Woodlore.

Fantastic bit of kit! I've been looking around for a traditional awl, preferably with squared sides. This fits the bill perfectly. Its also beautifully made too. It was a pleasure to make a handle to fit my own hand too, a nice touch and a good way to bond with a tool I'll be using for a long time. Its also strong, after I fitted a handle I tested it out on a old bit of 2x4 pine and went through it with ease.